As with Enzo Ferrari, the story of Lamborghini once again takes us to the northern
Italian province of Emilia-Romagna in the quiet township of Renazzo di Cento. It is
there that poor grape farmers Antonio and Evelina Lamborghini raised their son Ferruccio
among the family’s vineyards. Young Ferruccio was born a Taurus, though you’ll see why
that’s important a little bit later. More importantly, he was born in 1916, smack dab in
the middle of the First World War. Despite this, Ferruccio grew up to be hopeful and
ambitious, but like most poor Italians during the early 20th century he was faced with
one crucial dilemma. He could either stick with traditional employment as a farmer or
he could try to stay ahead of the curve and risk taking up factory and industrial work.
For Ferruccio, however, the choice was clear: he was obsessed with machines and could
hardly keep away from his father’s garage.
Lamborghini 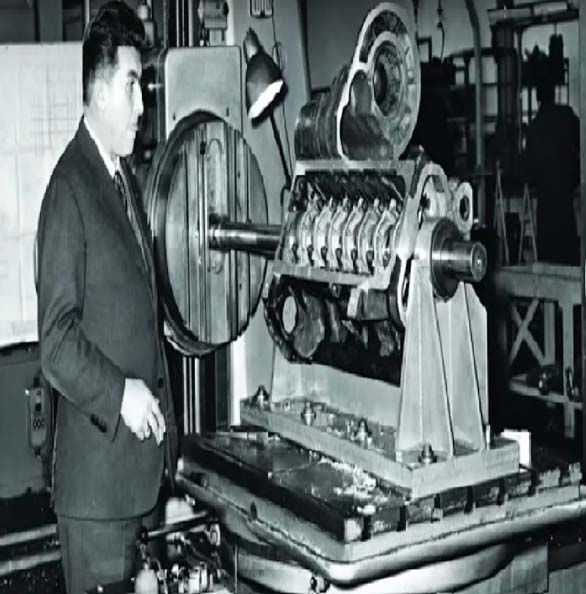 This eventually led him to study mechanics and in 1935 he felt confident enough to start his own workshop. 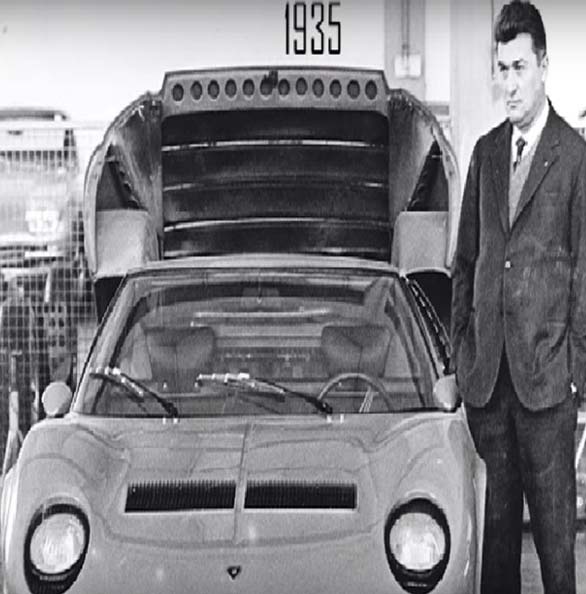 Five years later, however,Ferruccio found himself torn from his civilian life thanks
to the Second World War. He was drafted by the Royal Italian Air Force in 1940 and was
assigned as a mechanic to the garrison at the Greek island of Rhodes.In the course of
his duties, Ferruccio gained valuable experience with scrapping and repurposing old
machinery. 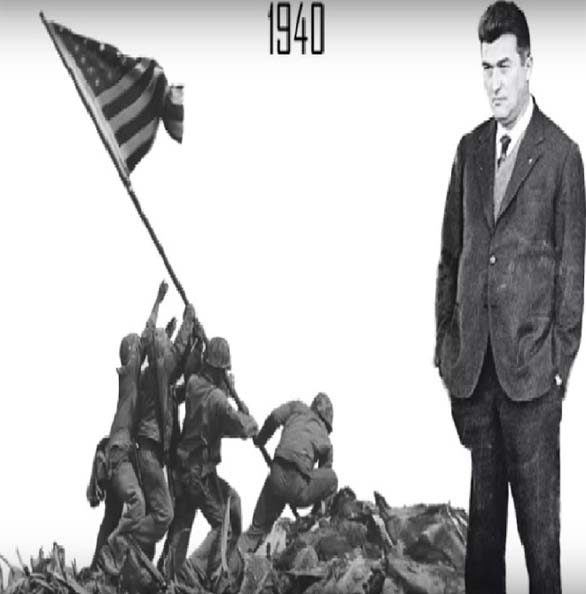 In 1943, however, after Italy surrendered, a German formation forcibly took over the
garrison and evicted their former allies. Ferruccio could’ve left, but he decided to
stay on as a civilian and with the permission of the Germans he started operating his
own workshop. As much as the Germans loved Lamborghini’s technical aptitude, 1945 came
around and with it arrived the Allied forces. They took everyone in the garrison prisoner,
but after they saw what Ferruccio could do they got him to work fixing their vehicles for
a year until they finally sent him home in 1946. Upon coming back to Italy, Ferruccio
opened another short-lived workshop, but soon after he was struck by a brilliant idea. His
experience with both Allied and Axis vehicles gave him a powerful edge above most other
mechanics. He knew that post-war Italy would need to increase its agricultural production
to mend the wounds of war, and where better to get the machinery to do so than from the
vast stockpiles of military equipment Mussolini’s government had commissioned? 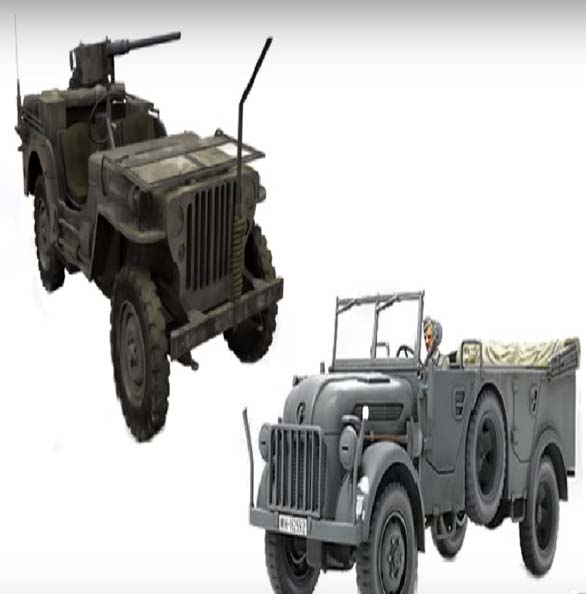 Ferruccio’s ambitious plan was set in motion near the end of 1947 when he founded his first
company.With just three other machanics and 2,000 lira in initial capital, Ferriccio took the
large-scale production of affordable tractors into his own hands. His main supplier was ARAR,
the government-owned company responsible for selling all the excess military equipment left
after the war. By taking an old British Morris engine and modifying it to run on cheap diesel
instead of expensive petrol, Ferruccio created a groundbreakingly affordable tractor that he
could sell all across Italy. 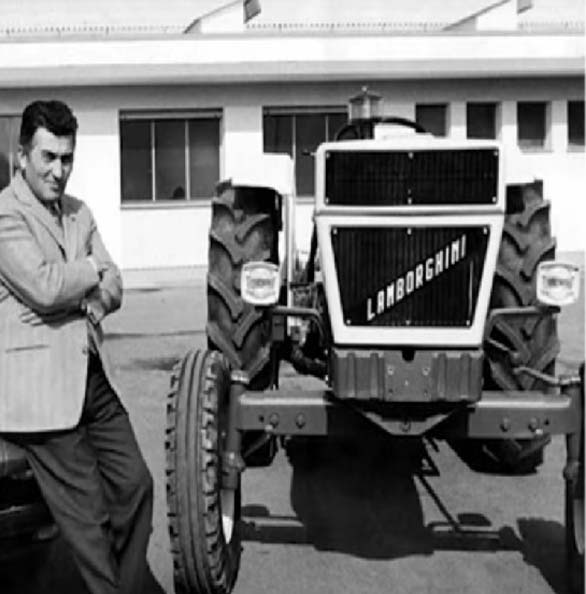 This was to be the first of his ‘Carioca’ tractors, unveiled on February 3rd, 1948 and Italy
went nuts over them. The design was so successful that Ferruccio started a second company,
Lamborghini Trattori. He hired four new workers, bought a factory in cento and borrowed 10
million liras backed by his family’s grape farm in order to buy hundreds of Morris, Perkins
and Dodge engines from ARAR. He also decided to enter a prestigious endurance race called the
Mille Miglia. He drove his overhauled Fiat Topolino, but he crashed into the side of a restaurant
and gave up racing for the rest of his life. 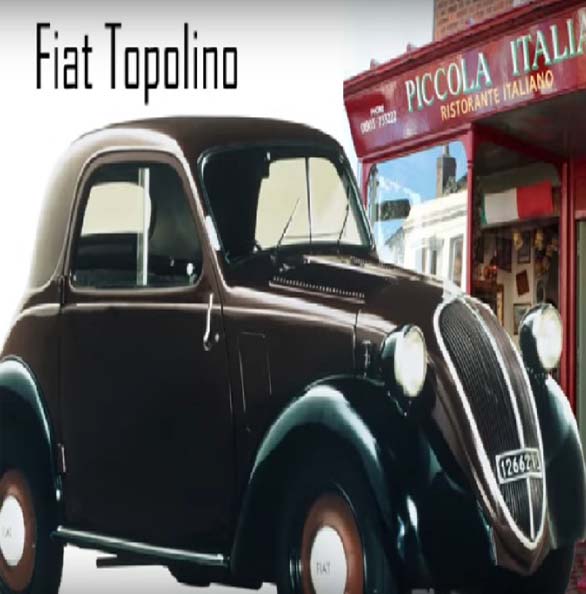 Despite this, his company was doing great and by 1950, Trattori had a workforce of 30 people and
could produce upwards of 200 tractors per year. 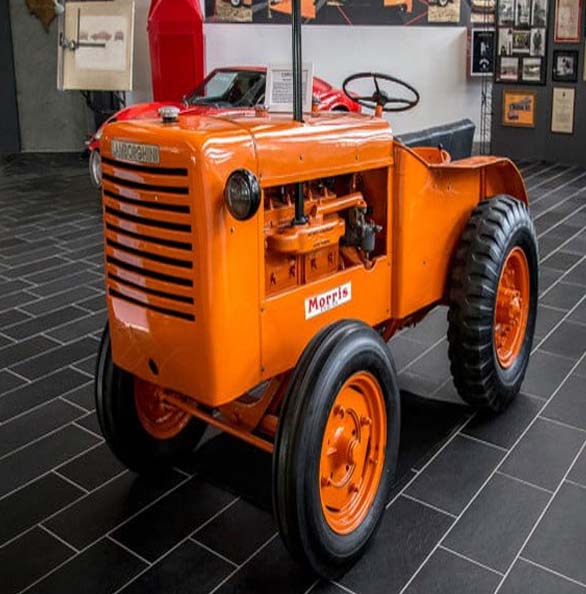 Demand was growing rapidly and so in 1951 Ferruccio acquired 1,000 m2 of land upon which he built
a new factory. 1951 also saw the introduction of the L33 tractor, whose popularity would greatly
benefit from the government subsidies to farmers who used domestically-built machinery. After
signing a deal with Motorenwerken Mannheim for their diesel engines, Lamborghini could no produce
tractors entirely on their own. 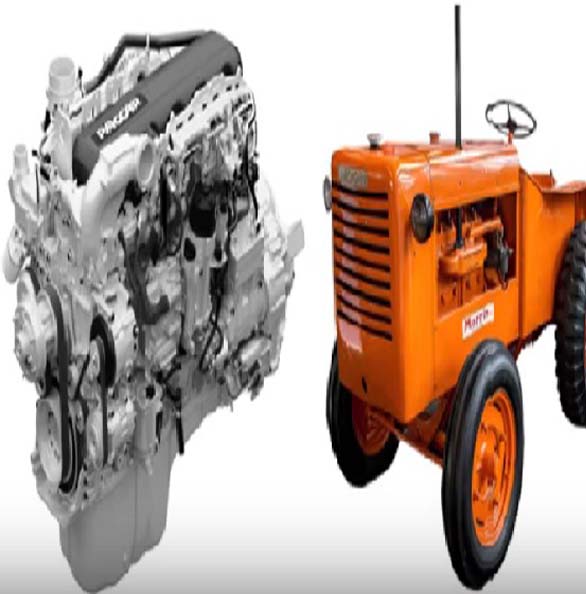 Ferruccio’s new factory produced its first tractor in 1956 and by that point he had streamlined
his engine design around three tiers of horsepower. Ferruccio also traveled across the Atlantic
to buy heating and air-conditioning technologies from the US.

By the early 1960s Lamborghini’s tractor factory had 400 employees churning out as many as 30
tractors a day. Some of their greatest developments during the time were a series of air-cooled
tractor engines and even helicopter concepts, though the government never approved them. 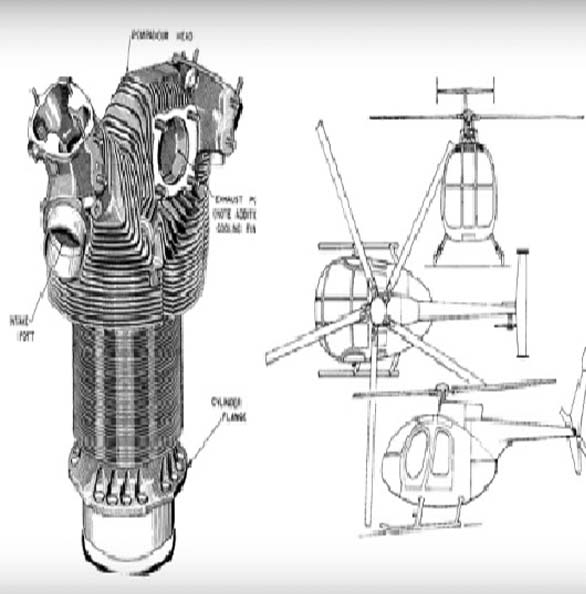 In 1961 Ferruccio unveiled a separate oil-heater factory called and by that point he was so rich
that he decided to indulge in his love of sports cars. Being a learned mechanic himself, Ferruccio
was very critical of any engineering faults he found in any of cars he owned. Among them were two
Alfa Romeos, two Maseratis, a Jaguar E-type, a Mercedes Benz, and, of course, several Ferraris.
The Ferraris especially appealed to Ferruccio, but he found them to be needlessly noisy and thought
they had a barebones interior. He was particularly exasperated by the peculiar tendency of the
Ferraris to constantly have their clutch break down. After finally getting sick of all the repair
bills, Ferruccio took the problematic vehicle straight to Modena, where he personally confronted Enzo
Ferrari about the clutches.According to Ferrucio, Enzo basically brushed him off and told him to stick
to driving tractors.That’s not terribly surprising coming from the man who fired most of his senior staff
when they complained about his wife, but Ferruccio saw it as a challenge. 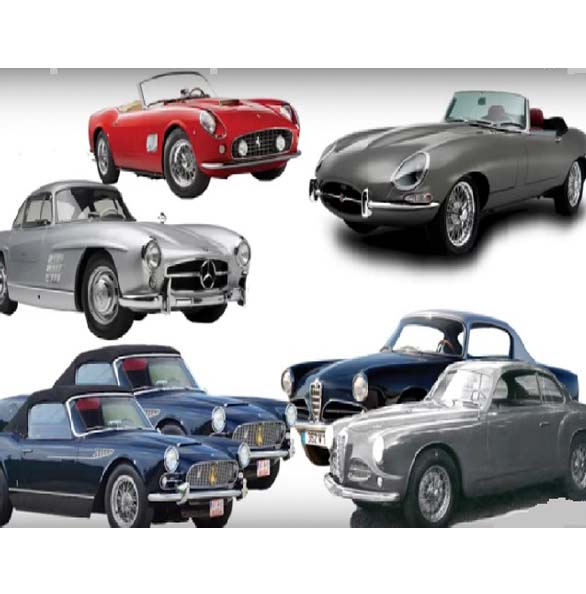 He was well aware of the profits to be had in the gran turismo industry and so in 1963, the tractor tycoon
established an automobile factory near Sant’Agata. Thus, out of the primordial desire to show Enzo the
middle finger, Ferruccio created Automobili Lamborghini. For the brand’s emblem, he chose a bull: after
all it was his own astrological sign and he also had a deep fascination for bullfighting. This rather
fearsome creature proved to be a suitable representation of Lamborghini’s company as it charged through
milestones year after year.

The first working Lamborghini, the GT 350, was created in 1964 with the help of young engineer Paolo
Stanzani.It incorporated some extremely impressive technology, including a V12 engine, five-speed
transmission, four-wheel disk brakes, and four-wheel independent suspension, Creating the GT 350 was
not easy and its prototype suffered from some serious design flaws that were made very apparent during
its rushed entry into the 1963 auto show in Turin. The most notable issue was the fact that the engine
itself would not even fit within the car’s body panels. Ferruccio’s solution was to fill the compartment
with bricks and to keep the lid closed at all times. After all, the show was about looking at cars, not
driving them. In the end, the GT 350 was a technical masterpiece and it garnered praise from critics and
customers alike. 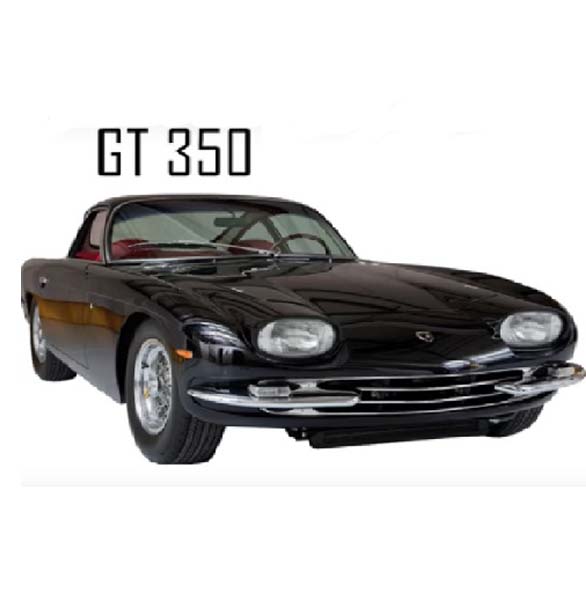 1966 brought the 400 GT and the Miura P400. The Miura was especially notable for establishing the Rear-mid-
Engine layout as the standard for all high-performance cars of the era, a standard that is still in use today.
It was originally developed as a street-racing vehicle by a team of bold engineers headed by Marcello Gandini.
They kept the project secret from Ferruccio, since he was against building race cars due to his own racing
to his own racing incident in 1948. When Ferruccio learned of the new design, he was charmed enough not to
scrap it, but he doubled down on his no-racing policy. 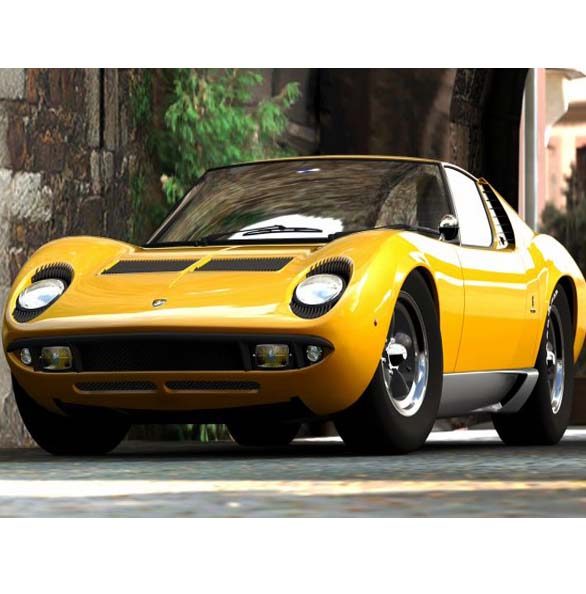 1968 saw the Espada establish itself as one of Lamborghini’s greatest classics along with the Islero 400 GT.
The company continued its successful streak, debuting celebrated models like the Countach LP500, the Urraco
P250, and the Jarama 400 GTS. 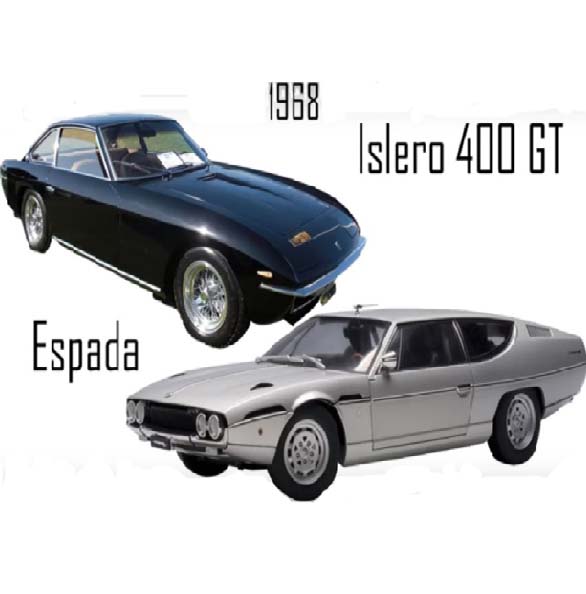 The 1970s, however, would be troubled times for Lamborghini.

In 1973, two years after the abolishment of the Bretton Woods system, the global stock market experienced a
dramatic crash, with the Dow erasing nearly half of its value. At the same time, OAPEC started an oil embargo,
which greatly raised the price of fuel and plunged the automotive world into its own crisis. As if all of that
wasn’t enough, Lamborghini Trattori was also hurt when a deal to supply Bolivia with 5,000 tractors was cancelled
after the 1971 coup by Hugo Banzer. Ferruccio did his best to keep his various enterprises alive: He eventually
found buyers for the unsold tractors and he also relocated his oil heater factory to Dosso in Nigeria. In the end
though he was forced to sell shares of Lamborghini to outside investors in order to save his business from bankruptcy. The crisis broke Ferruccio, and although he managed to save Lamborghini, he retired in the face of the widespread strikes and unionization that had spread across Italy. In 1973 he sold the Trattori business to another Italian tractor manufacturer.

In 1980, the Italian government sold Lamborghini for $3 million to the Mimran brothers, two French entrepreneurs who held huge sugar cane plantations and flours mills in Africa. The brothers ambitiously wanted to renovate all Lamborghini facilities and to assemble a new team of engineers, but they quickly ran over budget and ended up selling the company.

In 1987 Lamborghini went into the hands of Chrysler, who wanted to import the luxury car brand into the United States. Less than 5 years later, however, Lamborghini still hadn’t turned a profit, and so Chrysler sold it to an Indonesian conglomerate. 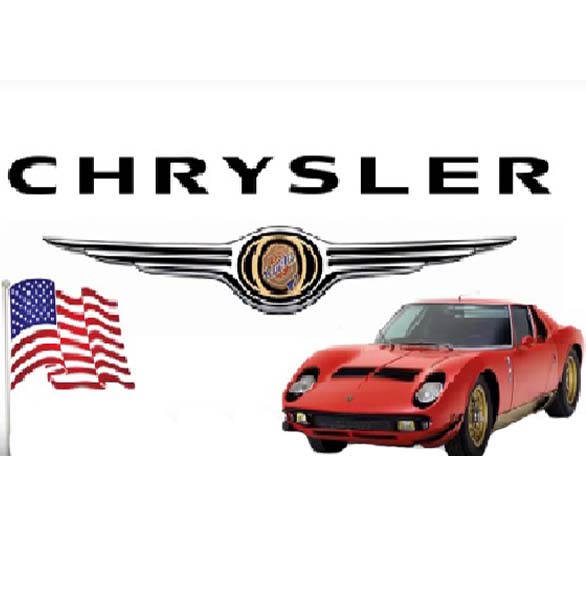 The Indonesians actually managed to restore the brand somewhat and in 1996 Lamborghini made a modest profit of $120,000.

As luck would have it, in 1998 a financial crisis struck Asia and Lamborghini got sold again. This time, the buyer was
Ferdinand Piech of Volkswagen, who had also purchased Bentley and Bugatti the same year. Under the paternal care of Volkswagen, Lamborghini found its structure heavily streamlined. This allowed it to finally start taking back its place in the luxury sportscar market.

To meet the challenges of the 21st century Lamborghini has been aggressively marketing its brand name, while at the same time investing heavily into material research and development. They have diversified their cars to appeal to a wider range of budgets, though even their lowest prices are still prohibitively expensive to the average Joe. The pinnacle of success for the modern Lamborghini is undoubtedly the Gallardo, which has, over the course of its ten year production run, sold slightly over 14,000 units, thus becoming Lamborghini’s most popular design ever! 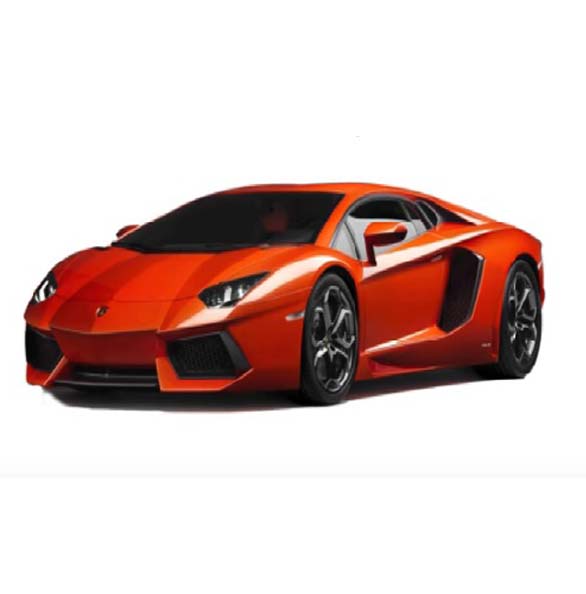 2015 marked the best year in the company’s history, as their sales jumped from just over two and a half thousand cars to over 3 thousand. They’re already manufacturing other heavy-hitters such as the Urus SUV concept or the Huracan, successor of the Gallardo. So far it appears that Lamborghini’s game of corporate hot-potato has finally come to an end, at least for the time being. It’s safe to say, though, that if Ferruccio could see his company now, he would be pleased to learn that Lamborghini is once again playing the red flag to Ferrari’s bull. 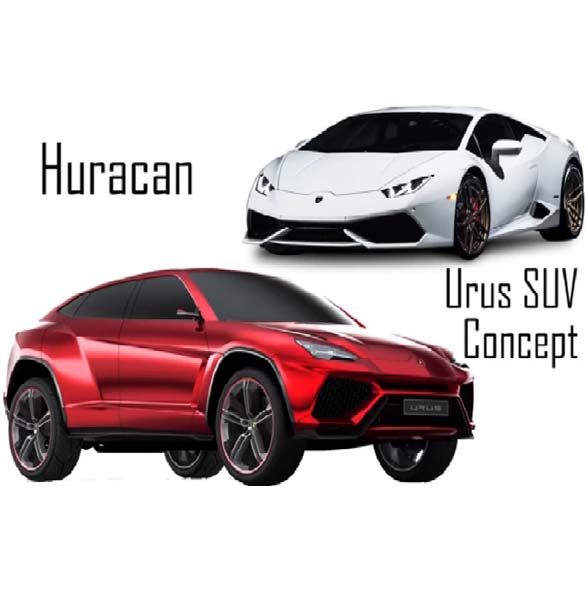